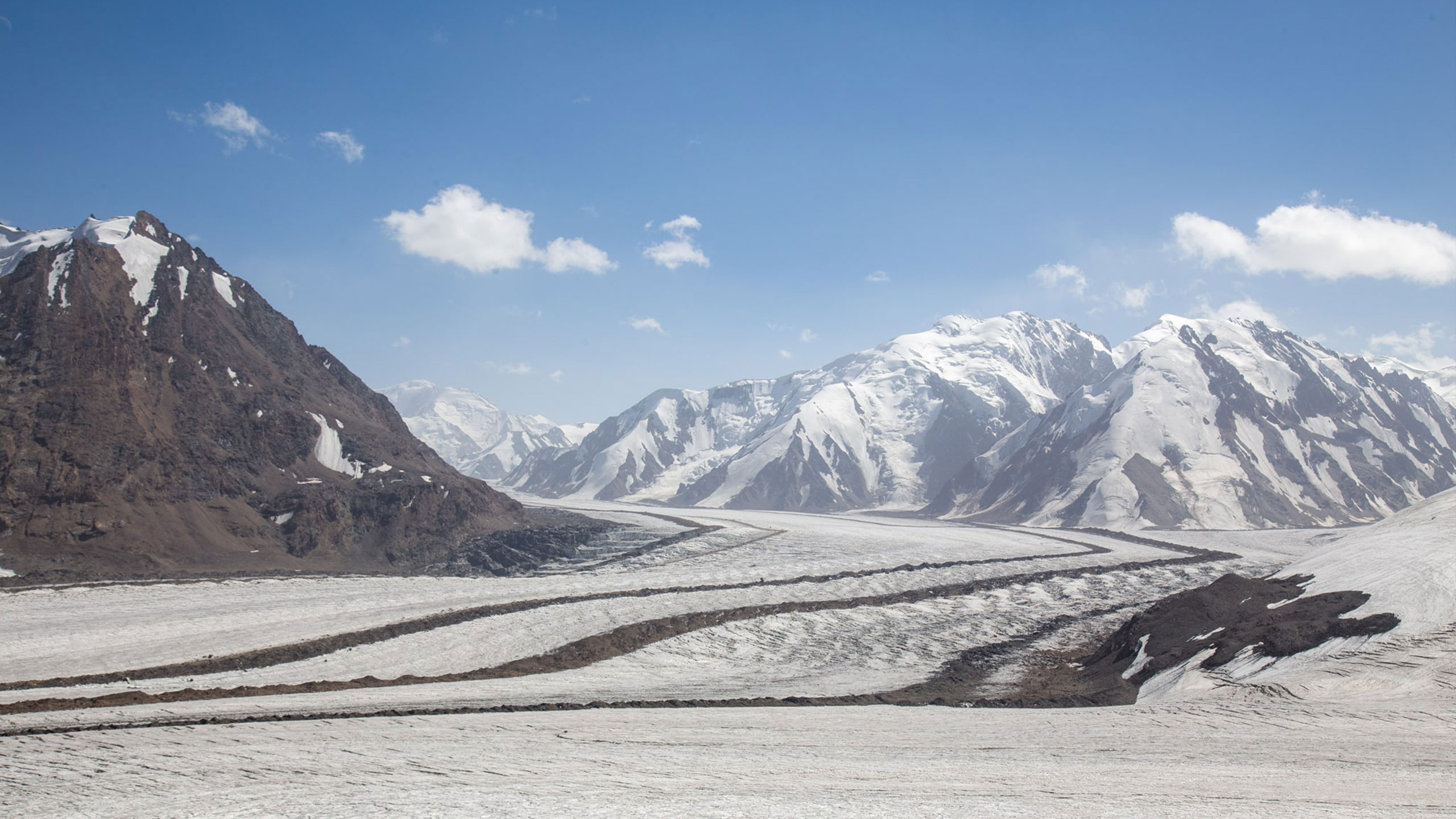 This cluster examines the history of Soviet glaciology in the Pamir Mountains. It examines how Soviet scientists produced glaciological knowledge through on-site research stations on the case of Fedchenko Glacier. Fedchenko is an iconic glacier, of key importance for the history of glaciology: it is not only one of the largest glaciers in the world, but also was crucial for Soviet glaciological observations in Central Asia since the 1920s. These observations inform ongoing research on mountain glaciers and effects of climate change today, as Fedchenko feeds the Amu Darya, Central Asia’s biggest river and main source for irrigated agriculture.

The first scientific observations of the Fedchenko Glacier resulted from an Imperial Russian expedition in 1878 led by V.F. Oshanin. A joint German-Soviet expedition first mapped Fedchenko in 1928 and subsequent Soviet expeditions continued glaciological, hydrological and meteorological research resulting in the building of a hydrometeorological station at Fedchenko Glacier (4169 m) in 1933. The station was operational for almost 60 years, but abandoned in 1992 due to the Tajikistani civil war. The establishment of the Fedchenko station marked an important shift in the modalities of Soviet glaciological observation in the Pamir: from research expeditions to continuous on-site measurements. However, maintenance and provision of the high-altitude Fedchenko research stations was a huge logistical operation, involving the transport of persons, instruments and supplies first by horses and later by helicopter.

The main objective of this research is to establish the history of Soviet glaciological observations at the Fedchenko Glacier research stations. It thus asks: why and how are Soviet scientific data on Fedchenko Glacier available today? The research methodology of this cluster is based on a mixed-methods approach combining archival research and oral history. It examines the history of glaciological observations through scientific and administrative records, and through personal memories.

Christine Bichsel, Professor, UniFr, Cluster PI. Political geography and environmental history of Central Asia, supervision and mentoring for the senior and the junior researchers, and archival field work in Tashkent.

Sofia Gavrilova, Postdoc, Ifl, Germany. Representation of Soviet landscapes. Oral history interviews and curating of the virtual exposition for the outreach of the cluster.

Tanya Bakhmetyeva, Professor, University of Rochester, USA. Gender, Sexuality, and Women's Studies. Research of Soviet glaciology with a focus on the intersection of masculinity, environment and identity.